Who says you have to be Bill Gates and build a foundation like the IT moghul did to help the poor. Meet an Indian couple, Shinod PC and Bindhu, who have been on a quest to aid disadvantaged families for 20 years. The couple from Kodungallur, Kerala, contribute a significant percentage of their salary as a ‘benefit pension’ to numerous underprivileged families in the surrounding villages.

They distributed money from their salaried salary as a monthly welfare benefit. After the government raised the amount given out as part of social welfare pension programs, many families were able to have a consistent monthly income.

The couple don’t keep a record of how much money they spend on charity, but disburse around Rs 20,000 in welfare pensions every month. 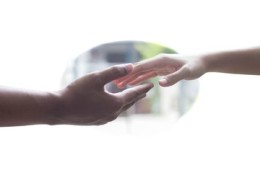 I have created this blog called, Towards A Better Life, in the times of corona virus or Covid-19 a pandemic that has made life difficult for many

This is a collection of curated articles that is designed to help you enhance and enjoy your life in during the pandemic and after it ends, hopefully soon.

You will be able to read some of the best articles on various topics from different writers in one place (this blog) to better your life.

About me and my blog

I am Rehan Kazi, a family man and a father- of-one.

I edit news online for a living, love to share knowledge with others, and help them in whatever way I can. This love has led me to create this blog where I would be sharing articles from across the web to help you enhance and enjoy your life.

Towards A Better Life is a collection of some of the best articles online with topics ranging from self-improvement to technology. It aims to be a companion in your journey towards becoming  a more evolved person and living a better life.

The logo and icon of my blog show a growing and flowering plant which means my blog stands for growth.

Have a good time here.

I wish you better days ahead

May I help you find what you are looking for?